The Respect for History / Local Conservation Awards programme has been organised by the Izmir Metropolitan Municipality since 2003 has become the pride of Izmir.

Europa Nostra, The European Voice of Civil Society committed to Cultural Heritage, European Cultural Heritage Awards, Europa Nostra Awards Jury celebrated this program of Izmir Metropolitan Municipality, which has proven its permanence and effectiveness, with its contribution to history and its success.

The Special Mentions are given to outstanding contributions to the conservation and enhancement of Europe’s cultural heritage which are particularly appreciated by the Juries  The initiative identifies and celebrates projects that act to protect local cultural heritage, thus advocating and encouraging its continued conservation. The awards programme underlines the importance of this heritage to the local community and pays particular attention to transmitting this heritage to the next generation.

The Jury greatly appreciated that The Respect for History / Local Conservation Awards programme recognises local activities, creating a community around heritage issues and inspiring a conversation about the importance of local efforts. The Jury recognised how the activities also involved the preservation and celebration of the multicultural heritage of the area and how young people were involved in this heritage activity.

The European Heritage Awards / Europa Nostra Awards were launched by the European Commission in 2002 and have been run in partnership with Europa Nostra ever since. The Awards are supported by the Creative Europe programme of the European Union. The Awards celebrate and promote the highest standards in heritage interventions, research, and education, training and awareness-raising, as well the longstanding dedication of professionals and volunteers. The achievements recognised throughout the lifespan of the Awards scheme are a testament to the dynamic and vibrant heritage of Europe and of the dedication with which it is celebrated and cared for across the continent. 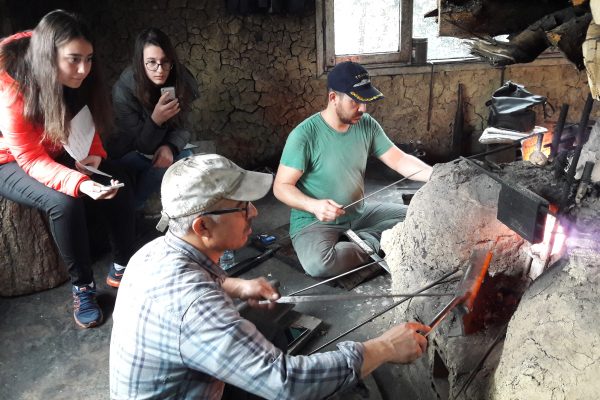